Philosofelt: In Defense of Power Level 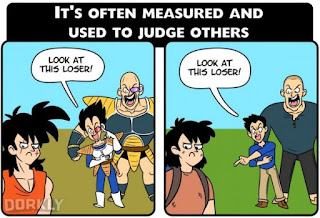 With the coming of the new edition has come a great change in army construction: Power Level (P).  In the datasheets section, it is defined as: "The higher this is, the more powerful the unit! You can determine the Power Level of your entire army by adding up the Power Ratings of all units in your army."  In my local gaming club, we've been playing games at 100 P and not using points.  So far, it's been fun and accepted.  However, last night I had a spirited discussion about the merits of using P as a list creation tool.  In that spirit, lets explore how it relates to the more traditional points method of Army list construction.

The relation of Points to Power Level.

At first glance, it appears as though P gives a marked advantage to units with wargear.  Because all wargear is free using P, there can then accrue a marked "free points" advantage for an Imperial/Traitor army where all units have wargear and can therefore get "free" upgrades.  However, a cursory examination of units and their upgrades shows that P has the wargear upgrades built in.  That is, P was determined with the assumption that all upgrades would be taken. Lets look at three units of basic troops, their point values and their P values.

Wargear definitely shows an edge here, especially with the dramatically undercosted Dire Avengers. Its likely this was a classic GW oversight where the calculated P did not include the Avenger Shuriken Catapults costing points, unlike most unit's basic weapons costing nothing.  If this was taken into account, their P would more likely be 5.
Next, lets look at their dedicated transports.

It appears as though the standard value of P with all highest-costed wargear available is 19-26 points/P, with a likely aim of making it a +/- 2 points/P with some outliers.  This fits closely with the community's assumption that a 100 P game is ~2000 points.  It is, however, obvious that there are some serious winners and losers within P level.  This is unfortunately true with the points system as well.  As most players know, competitive list building revolves around maximizing the most points-efficient units and weapons and minimizing the rest.
The easiest conclusion is that both systems are flawed.  Army creation is a highly complicated process with so many variables that it's likely impossible to create a totally balanced system.  Looking at basic troops, for example, shows that the Space Marine Tactical Squad costs less in points and more in power level than the dire avengers with or without wargear.  It follows that the choice of army creation between points and power level is going to a personal one.  Here are some basic pros and cons of Power Level. 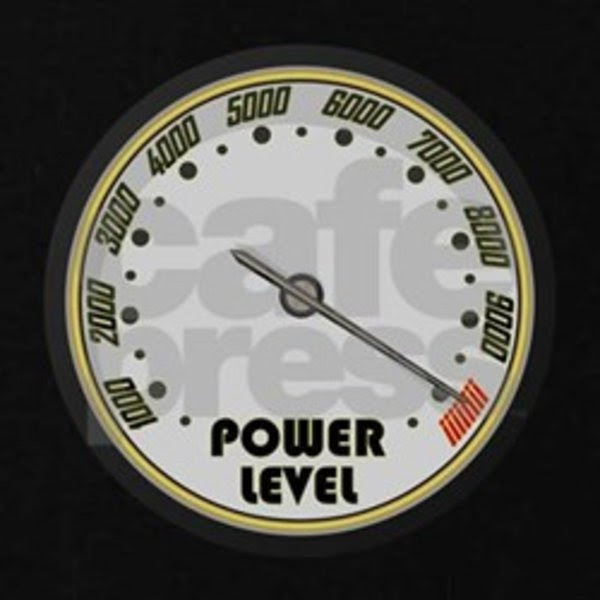 Ease of Use - The new edition is bringing new players into the game.  My club has two complete newbs and two returning players who have been out for several years.  P is a much simpler system to use, and does not require significant min/maxing.  This removes a large advantage veteran players have in list construction expertise and makes it more difficult to make bleeding-edge efficient lists.  It also cuts down list creation time when players inevitably make their lists just when a game is decided upon.

As Modeled - My sergeant has a power sword and a plasma pistol for the first time in forever.  He's modeled with them, and because they're free, he actually has them.  Same goes for heavy weapons teams, sponson weapons, storm shields, etc.  Much less list checking for what a model "actually" has versus what they are modeled with.

Rule of Cool - It's fun when every unit is at it's maximum power level and can have an effect on the game.  While my Renegade Command Squads will likely never make a significant impact with their heavy bolter weapons team, it's more fun when they don't simply exist as command-net vox holders who can shoot five lasguns.

Book Mode - Power Level games are more like the action in the fluff.  Every unit has impressive weapons and feels more like the squads and heroes we read about.  Back line HQ tax can pull off impressive feats of heroism.  Books don't feature five units of minimum scouts that all have bolt guns and hide behind walls.

Less Filler - Points allow you to forgo wargear to buy more of the most powerful units.  This usually leads to naked troop squads and chassis with only the single best weapon on them.  Every unit is more effective, and therefore more valuable, when they have access to all their wargear for a set price.

Finding What's Effective - Full wargear can surprise you with it's effectiveness.  That power sword might do enough work to justify inclusion in a points list.  Lots of wargear for experienced players is a "never buy" and might be more valuable than it's statistical expectations.

Exploitable - There are definite exploitable units that have a greater battlefield role than their P indicates.  However, this is also true for points.  Without a thorough survey, I can't say which is more broken; I assume they have a parity level of exploitation.

Less Granular - The manipulation of spreadsheets and the secrets within the numbers is one of the longest running sources of fun in the game.  Finding a way to exploit points to get the best stuff in quantity is quite satisfying.  P removes much of the list-creation mini-game within 40k.

Appeal to Authority - ITC, ATC and other tournament acronym organizers all are using points for list creation in their tournaments.  Points is the primary way to play matched play according to the BRB.  As an ITC club, I have mixed feelings about this.  I feel that P is too new, and the competitive scene to entrenched in traditional points values, to accept P as an alternative.  Time will tell if tournaments introduce P options within their systems.

If you consider yourself a competitive player, points are still the way to go.  The inability to compare P lists with what is actually winning games is a severe detriment, because they all use points.  If you consider yourself a casual gamer, I recommend trying several games with P lists.  You may find that your games are much more action packed and enjoyable, with less of the game decided during army construction.  P is also an opportunity to pull out more of your old models and watch them actually do some work.
Arguments that state that P is broken should also appreciate that points are broken.  Both systems are flawed, and without a full statistical analysis of all units, it is unknown which is the superior system form a battlefield effectiveness standpoint.  For instance, the melee elite units above all have a numerical advantage in points/P.  However, these units have traditionally been weak and underutilized in my experience.  P seems to give a slight advantage to units that are tricky or unreliable to use effectively.  This introduces probability and support(such as dedicated transports) as required to appreciate their actual battlefield effectiveness.
P is especially great to introduce new players into the game.  It simplifies a hurdle that for many people is as large as the painting and modeling required for making an effective army.  It's up to experienced players to be willing to give up some advantages in order to facilitate new players in the hobby.  At least consider playing some introductory games with P in order to give new players a view on whats' effective without needing to learn the complicated math of efficient army creation.
Everything, is, of course, pursuant on FAQs and the incoming Codexs.  With some tweaking and correction of both points and power levels, either system may wax or wane.
Anybody else playing with P? What's your experience?
Posted by ScumLord at 4:59 PM